A Story about Challenging our Implicit Biases 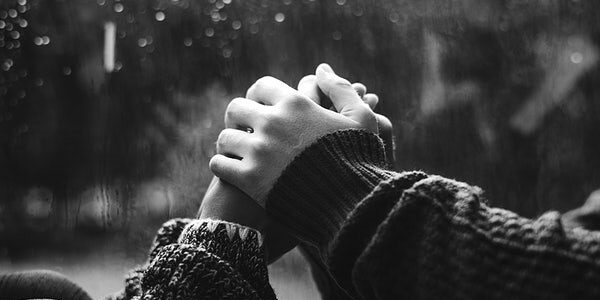 To say that the past few weeks have been a whirlwind for me would be an understatement. The last time I can recall having such a high intensity, wide range, and unpredictability of emotions was during my first year of college in Williamsburg, Virginia, at the 2nd oldest college in the nation, where racial and class divides were glaringly and gut-wrenchingly obvious – to me at least, and especially in hindsight.

My ancient school, founded in 1693, prided itself on achieving “12% diversity” in terms of race/ethnicity during my tenure, and before I met anyone in that 12%, I was about ready to throw in the towel. Needless to say, recent events have struck a deep chord within me.

I started providing services at a new nursing home this month, face mask and all. I wish to share about an encounter with a new patient, who has lived at the facility for a few years. She’s 94 years old, White, diagnosed with unspecified dementia and failure to thrive, and with significant contracture in both hands and feet, relegating her to the bed 24/7. Let’s call her Belle Ann.

When I enter the room, Belle Ann’s TV is blaring the theme song of a soap opera. She welcomes me to turn down the volume. I introduce myself and ask if we can speak together, and she reluctantly says, “If you want to.”

I start asking her about how long she’s been here, and if she has family. I can tell she’s getting guarded, and she asks with a Southern drawl, “What’s that got to do with anything? I’m not one to be spreadin’ my business.”

So I take a moment, back off with the questions, and I say, partly to gauge insight/orientation and mostly to make a connection, “I see your TV was on – I don’t know if you’ve been keeping up much on the news,” and she replies, “The virus.” I self-disclose that my family is in Vegas, and I haven’t been able to see them, but that I’m not a fan of Vegas anyway. I see her make the tiniest chuckle. “You’ve got a nice drawl when you speak. May I ask where you’re from?” She smiles and says, “I’ll have you guess.”

“Somewhere in the south for sure, right?”

“Depends what you call the south.”

I proceed to tell her how I knew she was a Texan – that, as an angsty teenager, I flew with my family from our home in Germany down to the airport at Dallas/Ft. Worth. When my mother asked a security guard for directions in German, I rolled my eyes and said, “MOOoom, we’re not in Germany anymore –we’re in America.” And the guard replied, “Honey, you ain’t in America. You in Texas.” Belle Ann and I share a full belly laugh this time.

I then ask Belle Ann how she ended up in California if she’s from Texas. She explains that her parents dragged her, “kicking and screaming,” as a teenager, “But you couldn’t force me to go back to Texas now.”

In that millisecond, my own implicit bias smacked me right in my blessed face. I thought this encounter would be like so many others, where I suck it up, compartmentalize my feelings, find some way to stroke the ego of someone whose beliefs run counter to mine, take every fiber of my being to find common ground, and gently plant seeds of humanism wherever I can sense a bit of light and fertile soil.

That’s the legacy into which I was born, as a first-generation Filipinx-American, whose ancestors survived 400 years of colonization by the Spanish, followed by a war AGAINST the United States (which is not taught in most schools), only to be colonized for another hundred years by the US before securing independence.

That’s also my legacy as a “model minority” – for those unaware, the Immigration and Naturalization Act of 1965 removed race-based quotas of immigrants and paved the way for waves of “skilled” Asian Americans (among others) to relocate to the US. [Note: the creation of the act was due in large part to the Civil Rights Movement, and many historians believe that the success of Asian Americans in the US (which was and continues to be highly inflated) was used to perpetuate stereotypes that Blacks were inferior and lazy.]

That’s also the legacy within my own family, coursing through my veins. In fact, the best backhanded compliment my father ever received while in the Army was that he could be stationed in a dumpster and still have a smile on his face. [Note: If you’ve never seen Dr. Maya Angelou recite her poem “The Mask,” I highly recommend it. Watch ‘til the very end.]

So, cut back to today, I’m pleasantly surprised and grateful when Belle Ann gifts me with the opportunity to let my own guard down, instead of vice-versa.

Belle Ann continues, “When I was 5 years old, everyone was in the church singin’ that song, ‘Jesus Loves His Little Children,’ and I blurted out, ‘No he don’t!’” Belle Ann’s mother took her outside the church and asked why she said that, and she replied, “If Jesus loved all his little children, how come the Mexicans and the Blacks get treated so bad?”

I ask Belle Ann, “What did your mom say then?”

“Did she punish you?”

Belle Ann shakes her head. “She let me be who I was.”

Then Belle Ann lets me know about Mexican and Black temp workers whom her daddy hired to help butcher hogs. She absolutely lights up when conjuring the memory of one of her favorite helpers, and she shares with me how much she loved and looked up to him. She adds that, at suppertime, the workers would get their food and go out to the porch – “They wasn’t allowed at the table,” so one evening she decided to join her favorite helper on the porch. “Daddy gave me a whoopin’ for that!” Nevertheless, she persisted.

“I was there when they bombed the Head Start in Watts.”

She had become a teacher for underprivileged children, primarily Black, and after a bombing, the Black Panthers were called to protect the students. When she rushed to the building, the guards drew their weapons and called out, “What’re you doin’ here?” She responded, “Same thing as you! And If you cared as much about your people as I do, you’d let me in that building!” So, the Black Panthers parted the line.

I then bring the discussion back to the present and say, “I don’t know if you’ve been keeping up with the news, but a lot of these issues have been….”

We share a moment of silence, and then she says, “I was born in 1926. I’m 94 years old. And it is still the same.” We share tears. On any other non-COVID day, I would have held her hand, but we both know there’s a lot out of our control at the moment. I try to utilize her history as a teacher, advocate, and nurturer in the moment. I ask, “What did your precious students call you?”

“May I call you Miss Belle Ann?”

“Miss Belle Ann, what would you say to any of those children if they were feeling so much despair?” She answers, “I wouldn’t say anything. I’d listen.”

Time is relative. We, as a nation and a world, have collectively witnessed how 8 minutes and 46 seconds could start a movement. I hope I’ve shared with you how powerful, healing, and humanizing this single, 20+ minute session was, for both Miss Belle Ann and myself, and hopefully beyond. My call to you, fellow colleagues, regardless of your journeys and beliefs, is to take this precious time to reflect. To listen, wholeheartedly, with humility, intention, curiosity, and openness.

To learn – and unlearn – aspects of thinking and being that are no longer serving you or those around, especially those we serve as psychologists. To acknowledge how blessed we are to be able to learn from, connect with, hold space with, bear witness to, and serve our elders, whose struggles, heartaches, resiliency, life lessons, regrets, wisdom, passions, relationships, and humanity also tend to be overlooked and dismissed by those passing by.